Showing posts with the label Ya Khuda
Show all 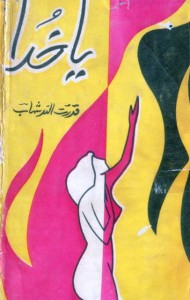 It's a good 'long short story' or a novelette by Qudratullah Shahab who also served in Pakistan's early bureaucratic offices. What most progressive writers and critics don't find impressive in Ya Khuda is his choice of Muslim characters as victims although exploited equally or even more by the Muslim opportunists as well. The story written in 1948 might have been influenced by the personal tragedy of the writer who lost family members in the Hindu-Muslim riots and who was holding high government offices. What needs to be appreciated however is that even his sense of patriotism is not distinct from humane values. He poses tough questions in front of the proud citizens of the newly established state. A perspective missed by the critics can be of feminism as Ya Khuda mainly focuses on the exploitation of female victims who were raped and abused on both sides of the border! If you have read prominent Urdu short stories on partition and violence from the progressive c
Post a Comment
Read more
More posts