Showing posts with the label Raja Gidh
Show all 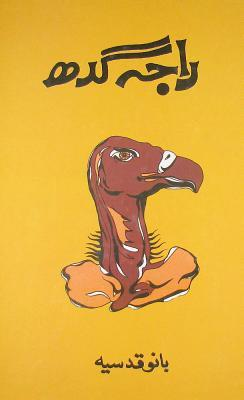 Raja Gidh, Bano Qudsia , Novel, راجہ گدھ, بانو قدسیہ , ناول, Raja Gidh (Urdu: راجه گدھ) by Bano Qudsia is one of the most widely read and acclaimed Urdu novels. Gidh is the Urdu word for a vulture and Raja is a Hindi synonym for king. The name anticipates the kingdom of vultures. In fact, parallel to the main plot of the novel, an allegorical story of such a kingdom is narrated. The metaphor of the vulture as an animal feeding mostly on the carcasses of dead animals is employed to portray the trespassing of ethical limits imposed by the society or by the religion. Bano Qudsia has written this novel drawing on the religious concept of Haraam and Halaal. Many readers tend to interpret Raja Gidh as a sermon, in which Bano Qudsia puts forth her theory of hereditary transmission of Haraam genes. Naturally the plot is woven to support the thesis. In the opinion of many readers and critics she manages to convince them that the pursuance of Haraam, be it financial, moral or emotional, result
Post a Comment
Read more
More posts