Showing posts with the label Khawas-e-Aak
Show all 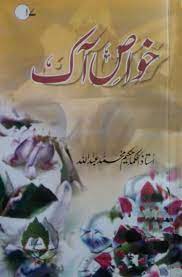 Khawas-e-Aak, Medicine, Hakim Abdullah, خواص آک, حکیم عبد اللہ, طب Calotropis procera Calotropis procera is a species of flowering plant in the family Apocynaceae that is native to North Africa, tropical Africa, Western Asia, South Asia, and Indochina. The green fruits contain a toxic milky sap that is extremely bitter and turns into a gluey coating which is resistant to soap. Common names for the plant include Apple of Sodom, Sodom apple, stabragh, king's crown, rubber bush, and rubber tree. The name Apple of Sodom and Dead Sea Apple comes from the fact that the ancient authors Josephus and Tacitus described it as growing in the area of biblical Sodom. Some biblical commentators believe that the Sodom apple may have been the poisonous gourd (or poison-tasting gourd) that led to "death in the pot" in the Second Book of Kings (2 Kings 4:38–41). In this story, a well-meaning servant of the prophet Elisha gathers herbs and a large quantity of the unknown gourds, and casts t
3 comments
Read more
More posts