Showing posts with the label Aloe vera
Show all 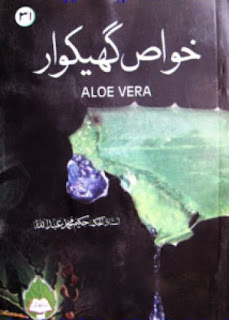 Khawas-e-Ghikawar, Medicine, Hakim Abdullah, Aloe vera, genus Aloe, خواص گھیکوار, حکیم عبد اللہ, طب, ایلوویرا Aloe vera is a succulent plant species of the genus Aloe. Having some 500 species, Aloe is widely distributed, and is considered an invasive species in many world regions. An evergreen perennial, it originates from the Arabian Peninsula, but grows wild in tropical, semi-tropical, and arid climates around the world. It is cultivated for commercial products, mainly as a topical treatment used over centuries. The species is attractive for decorative purposes, and succeeds indoors as a potted plant. It is used in many consumer products, including beverages, skin lotion, cosmetics, ointments or in the form of gel for minor burns and sunburns. There is little clinical evidence for the effectiveness or safety of Aloe vera extract as a cosmetic or topical drug. The name derives from Latin as aloe and vera ("true"). Aloe vera is a stemless or very short-stemmed plant growing
Post a Comment
Read more
More posts