Showing posts with the label امر بیل
Show all 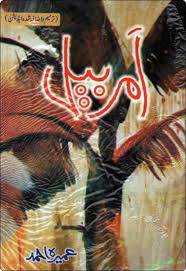 Amarbail, Bano Qudsia , Novel, ناول, امر بیل, بانو قدسی ہ, I grew up in an age when the Ashfaq Ahmad- Bano Qudsia duo was very prominent through their very popular plays and literary output. My maternal side is steeped in literature and there are many fans there of Ashfaq Ahmad's work - though mostly the earlier ones barring some who adore his later avatar as a wise baba. As I grew older I became skeptical about many of their conservative, rigid and problematic social stances, their tainted views on democracy, their ostensible closeness to the deep state and simplistic answers couched in seemingly faux spirituality to complex problems. But I am also a loyal reader and Ashfaq Ahmad's first two volumes of short stories had moved me (Aik Mohabbat So Afsanay and Ujlay Phool), as had some of his drama serials (Tota Kahani, Aur Dramay). In the late 1980s I even managed to interview him for an English Daily at his Model Town residence and found him very charming and articulate, head
Post a Comment
Read more
More posts