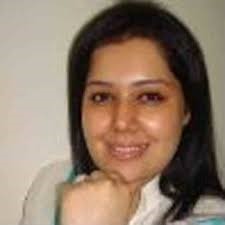 Umera Ahmad (born 10 December 1976, Sialkot) is an author and screenwriter from Pakistan.
Education
Ahmad completed her Master’s in English literature from Murray College, Sialkot۔ Ahmad has remained an English teacher at Army Public School, Sialkot, where she taught middle school and High school students. However, Umera wanted to pursue her writing career fulltime, so she quit her job as a teacher and started writing for Urdu Magazines.
Career
Writing
Ahmad started writing at an early age. Her stories were often published in monthly Urdu Digest magazines. Soon she started publishing books as well. Umera has written more than 30 books in her career, some novels other compilations of short stories. Her most famous work, and the one that heightened her career was Peer-e-Kamil and Meri Zaat Zara-e-Benishan. Umera started her writing career in 1998 when she started publishing stories in the monthly Urdu magazines. Her first story written for the digest magazine was Zindagi Gulzar Hai. The story captured the interest of readers and Umera was soon asked to write a full-length novel. She was 21 when she wrote the story. In 2012, the novel was serialized into a popular drama with the same name. The drama starred Sanam Saeed and Fawad Khan as the lead actors. In an interview Umera said that the character of the lead female, Kashaf in the novel is based on her own character. Umera’s stories often revolve around men-women relationships, societal issues and pressures. Her stories depict women as the central theme. Ahmad is also the writer of many other novels that have been serialized into dramas. Her other popular works are Meri Zaat Zarra-e-Benishan for which Ahmed has won the ‘Best Writer’ Award at the 10th Lux Style Awards The novel was also converted into a drama with the same name. The drama gained much popularity and in 2014, it was also aired in India under the name, Kesi Yeh Qayamat.
Ahmad has also written novels on religion and spirituality. Pir-e-Kamil (2004), Shehr-e-Zaat (2012) and Alif (2019) are some of her novels that focus on spirituality. Her novel Alif, was dramatized into a popular series that starred Hamza Ali Abbassi, Sajal Aly and Kubra Khan.Shehr-e-zaat was also a popular drama starring Mahira Khan. Ahmad has written more than 35 books in her career. Over 22 of her books have been converted into drama series. Her books have also been translated into English and Arabic languages. Juggernaut books translated Ahmad's works into Hindi as well.
Screenwriting
Many of Ahmad's novels have been created into drama series. However, Ahmad has also written stories specifically for dramas and movies. She has collaborated with the director Mehreen Jabbar to produce drama serials that have gained widespread popularity. Recently, she collaborated again to bring a web-series called Aik Jhooti Love Story. The series is a comedy revolving around a couple in Karachi. It stars Billal Abbas Khan and Madiha Imam as lead actors.Aik Jhooti Love Story was released on 30 October 2020 and was launched on ZEE5; a digital entertainment platform.
Ahmad also wrote a screenplay Baaghi, which is based on the late Pakistani model, Qandeel Baloch. The play starred Saba Qamar as the lead actress in it. Ahmad has also worked on Netflix projects. Her recent work underway is a series about cyberbullying. The series revolve around a female detective investigating and interrogating a crime. This was the first thriller series by Umera. In an interview Umera said “This one comes straight from the heart, because I’ve seen so many people suffer because of it. I know how trolling can destroy lives!”
Alif Kitab
In 2016, Ahmad created Alif Kitab; a digital platform for budding writers to share their work and monetize it. The platform aims to provide editorial guidance to new writers by allowing them to interact with experts. The platform also allows them to submit their writings to media and production houses.